Linking Theory and Practice: The Conduct of Sociology

In the late summer period of the year, in addition to all the planning and activity that is devoted to the coming start of a new academic year, PSA members usually begin to think about the upcoming deadline of PSA abstract submission for the annual meeting in the following Spring. So although I do not mean to distract you from your thoughts about the paper you will present in Long Beach in April next year, I want to let you know about my thoughts for the 2016 Annual Meeting of the Pacific Sociological Association and the theme I have selected, and have you begin to think about ideas for sessions, projects, workshops, media presentations, poster sessions, panel discussions, and other creative forms for a program I hope to be distinct, creative, and encompassing.

The theme is “Linking Theory and Practice: the Conduct of Sociology.” I was inspired to develop this theme by a number of things, one of which is the famous quote from Kurt Lewin (Levine), considered by many to the founder of modern Social Psychology:

Although Lewin was a psychologist, this quote is from an article published in Sociometry, the official journal of the American Sociological Association for research in Social Psychology. I beg your indulgence for this foray into the intellectual history of Sociology and its publications to suggest that the link between theory and practice is not only a foundational idea in Sociology but in other disciplines as well. One way to understand what Lewin meant by this statement is to recognize how applied research cannot proceed without a fundamental understanding of the underlying causes of the social behavior or phenomenon which the applied research is designed to impact.

My own recent research is also a major motivator for this theme. I have focused on applied aspects of criminology, substance use and abuse, and policy related research involving the evaluation of policy programs and policy change on violence and other social and community based outcomes. I was appointed Professor of Sociology and Director of the Presley Center for Crime and Justice Studies at the University of California, Riverside, in 1996. The mission of the Presley Center, as spelled out in the California Penal Code, Section 5086 (a), is: “To better protect the public from crime by determining the causes of, and means of preventing, violence, crime, and criminal deviance”. This is a mission that requires linking theory and practice, as it would be impossible to understand the causes of crime and violence without theoretical models that guide research, measurement, and analysis. The results of such theoretically guided research then can become the basis of sound policy intervention; if you do not know the causes of something, how can you know what policy to manipulate in order to effect change in the outcome?

This is the case not only in criminal justice research and intervention, but across the wide spectrum of Sociological research done by members of the PSA. I seek to represent this great diversity of research questions, methodological approaches, topics of study, and direct or indirect impact on society and the people in society, on the program for the 2016 PSA meetings. To that end, I plan to take an unusual approach to the Program Committee for PSA, using a model based somewhat on the ASA but in a more open, diverse, and creative framework. Like the ASA, I will serve as Chair of the program committee as part of my duties as President. This way, I can have a direct impact in the program without requiring someone else to do all the hard labor of program chair duties on my behalf (I remember this because I served as a Program Chair for PSA in the past). I will eventually appoint a program committee to help me organize the different parts of the field and reflect the diversity of membership and of styles of Sociology. In addition to these appointed members of the Program committee, I want to invite anyone from the membership of PSA to volunteer to serve on the Program Committee. This way, the people who get on the committee are not just a function of where I teach, my social and academic networks, reflecting my biases and blind spots. I am hoping that by calling for volunteers as well, we can expand the participation in the planning of the 2016 meeting, which will [tentatively] take place in Oakland, California, March 30 to April 2, 2016.

If you want to organize one session, or five sessions–volunteer. If you have ideas for sessions, and different styles of presentation and organization–volunteer. If there is a type or style or method of doing Sociology that you feel has been underrepresented, volunteer and submit a proposal for such sessions. Student, faculty member, emeritus, retired, unemployed, underemployed, applied researcher, or any other job or occupation with Sociological content or insight–volunteer. I really want to encourage a most open and diverse committee, so that we can craft a diverse and varied program. Rest assured that all the standard and normal sessions that we need to represent the great work that goes on in many areas of the field will be on the 2016 program. I seek expansion of the program space for underrepresented areas, styles of work, methodologies, and applied goals to enhance the PSA program, and to allow for greater diversity of topics, investigators, and styles of Sociology, with none of this at the expense of the traditional outstanding work that PSA Programs always represent.

This is the first of several messages about PSA Oakland 2016 that I will be sending you, via the newsletter or by direct email list; right now we have no up-rushing deadlines to worry about. However, if you have an idea now, email me so we can start thinking about how to make PSA 2016, “Linking Theory and Practice,” an outstanding PSA meeting ! Thank you, and I look forward to hearing from you and seeing you in Long Beach and then Oakland in 2016. 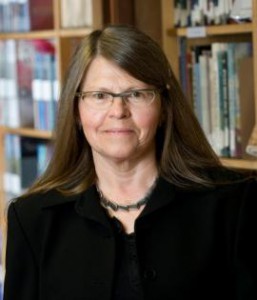 We are so pleased and proud that our “Star” speaker this year will be Dr. Cecilia L. Ridgeway. Cecilia is currently the Lucie Stern Professor in the Social Sciences at Stanford University. She is a past president of both the PSA (1998-1999) and the American Sociological Association (2012-2013). She is renowned for her insights on how interpersonal processes contribute to systems of stratification and inequality. Her critically acclaimed book Framed by Gender: How Gender Inequality Persists in the Modern World is one example of this work.

Throughout her exemplary academic career, Cecilia has given many guest lectures at universities and conferences across the United States and Canada. For her SSSS talk, Cecilia will share some of her current research on interpersonal status hierarchies in a presentation entitled “Is Deference the Price of Seeming “Reasonable”? Being Lower Status in High Status Professions and Workplaces.”

In the 1950s, when the level of alcohol consumption in France was at its highest,  a French demographer, Sully Ledermann, developed a description of the distribution of amount of drinking in a population as a “lognormal curve”. Since the model proposed that the proportion of heavy drinkers in a population was closely related to the population`s overall consumption, it was an unwelcome theory to those with a market interest in alcohol and more generally in an era dominated by the alcoholism model, which defined alcohol problems in terms of “alcoholics”, afflicted with a mysterious “X factor”, and thus as a  distinct population separate from “normal drinkers”. As elaborated by the Norwegian sociologist Ole-Jørgen Skog, the “total consumption model” (TCM) became the heart of a “new public health” approach to alcohol policymaking, and in some places (e.g., Sweden) an official orthodoxy. Applied also to other habitual social behaviours such as drugs and gambling, the model has proved fairly robust, but is subject to periodic attacks, often supported by market interests.  The presentation considers the cultural politics of the TCM (including its attractions for sociologists seeking to minimize labelling of deviance), and its limited effects in a neoliberal era in restraining deregulation of markets for habitual and potentially harmful commodities.  Discrepancies which have emerged between descriptive findings and the model are also considered, pointing the way toward new elaborations of the model and its limits as a policy tool.
Comments by: Bob Saltz, Prevention Research Center; Thomas Greenfield and Won Kim Cook, Alcohol Research Group

How should we understand sociology as a vocation today?  What does it mean to live for sociology as opposed to live off sociology?  This talk embarks from Weber`s notion of vocation, and his application of the idea to science and politics. Weber`s vision of sociology as a vocation, though never spelled out, reflects a moment of departure for the discipline. After World War Two came its moment of arrival, a messianic sociology both in its liberal and radical versions. We can take Edward Shils` The Calling of Sociology and C Wright Mills, The Sociological Imagination to be the expressions of this moment. The main part of the paper will be devoted to sociology today – a dual moment of engagement and retreat – and the dilemmas it faces as the university is buffeted by the inter-connected processes of commodification and rationalization of knowledge production and dissemination. How can sociology be a vocation in the light of these instrumentalizing pressures?
Comments by: Jonathan Turner, UC Riverside; Blackhawk Hancock, DePaul University; Catherine Bolzendahl, UC Irvine